“Do not be afraid, Daniel. Since the first day that you set your mind to gain understanding and to humble yourself before your God, your words were heard, and I have come in response to them.” Daniel 10:12

Let’s admit it, we all love attention. It always feels good to be noticed or appreciated by others. Now, let me take that thought to a higher level. Have you ever wondered what the God in heaven notices or appreciates about you? If he were to brag about you, what would he say?

Our friend, Daniel, definitely grabbed the attention of the Lord. In fact, the angel came to him in answer to his prayer because of two outstanding qualities God noticed and liked in his life.

I like to call the first quality, his “mindset.” When you read the book of Daniel, his passion to know and understand God’s person and ways is overwhelming. In his story, he was frequently dodging bullets to survive in a world hostile to his faith. In spite of it all, he always chose to obey the clear teachings of God.

During any day, you have many opportunities to choose between the pressures of this culture and the Word of God. Your path to success begins with Daniel’s mindset that obedience to God’s truth must filter all we do.

The second quality that stood out in Daniel is his “heartset.” Ok, I made that word up, but doesn’t it say it all. In Daniel’s mind he committed to obey, but in his heart he worked to humble himself before God. He was willing to push aside his rights and desires to fully comply with God’s will for him and others. He refused to allow personal pride to sneak in and ruin the character of his person.

Daniel was a walking example of what we often refer to as “all in.” It began with his mindset to obey and a heartset that totally submitted to his Maker. These qualities where so distinct in his life that he influenced his dear friends, might earthly kings, and most of all, grabbed the attention of God in heaven.

Like Daniel, your audience is not limited to people you know on earth. It extends all the way to heaven to the One who really counts. If you are willing to make these sacrifices to impress him, just imagine what it might do in the eyes of those you love.

Posted in Walking with God on March 8, 2018 by Ron Gannett

« Never Feel Alone
When There Are No Answers » 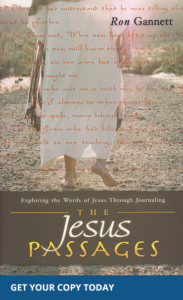 When There Are No Answers
Scroll to top